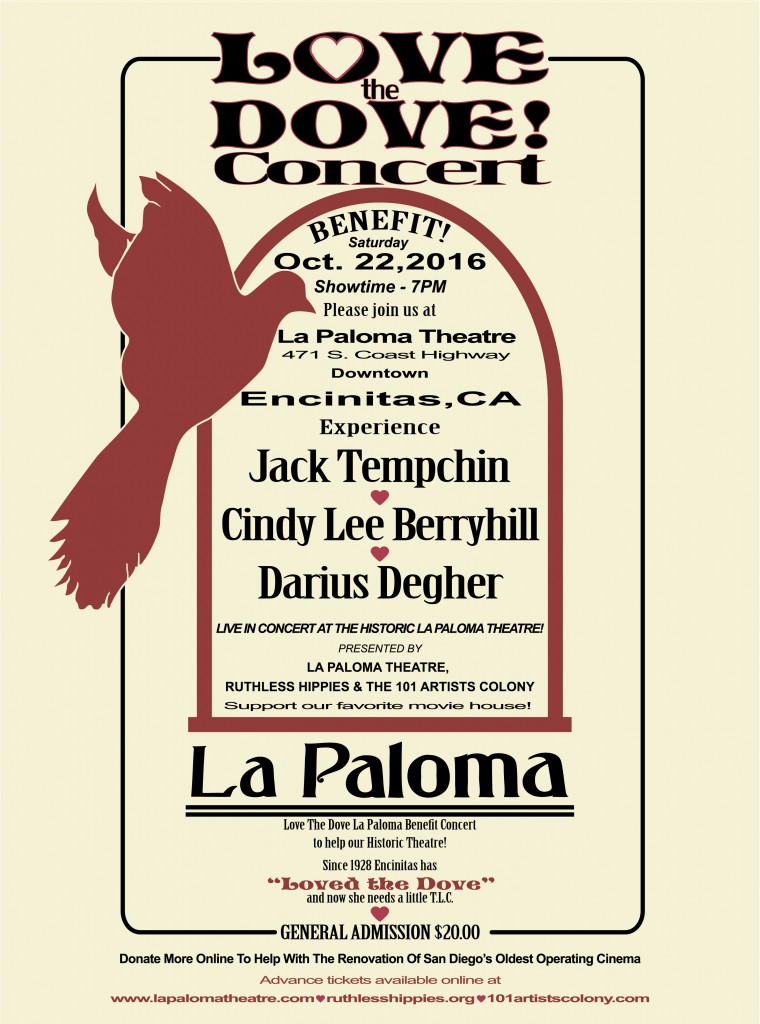 Please join us Saturday, October 22 for a benefit concert to help with the renovation of La Paloma Theatre. General admission is $20. Additionally, donations are being accepted. Come out and enjoy an evening of live music with local artists Jack Tempchin, Cindy Lee Berryhill, and Darius Degher.

Famed songwriter, Jack Tempchin, headlines the evening and is known for penning some of the most durable tunes in American music for a variety of artists that includes, the Eagles, George Jones, Glenn Frey, Randy Meisner, Glen Campbell, Emmylou Harris, Trisha Yearwood and many others. He’s also co-written with the who’s who of American roots, rock and R&B composers that embrace Tom Waits, J.D. Souther, Bobby Whitlock, Jim Lauderdale and Beth Nielsen Chapman.

One of the key early figures in the 80s anti-folk movement, singer and songwriter Cindy Lee Berryhill’s music combines a deeply personal point of view and an edgy wit leavened with a compassion for the world around her.

Darius Degher has released six CDs and performed his lyric-centered songs at many iconic folk and rock venues. He’s been on radio and MTV, and was nominated for a San Diego Music Award in 2012. He’s also a poet, with poems published in numerous U.S. and U.K. journals. For this show, Darius will be joined by Michael Packard and Ellen Maisen of the Sham Saints.